In 17th and 18th century Britain, several people demonstrated that coal, when heated, gave off a gas which burned with a bright flame but it was the Scottish engineer William Murdoch who first put this to practical use, lighting his house in Cornwall with it in 1792.

Murdoch’s employers, the Birmingham steam engine manufacturers Boulton and Watt, started to build small gas works for large users like factories. The first of these was installed in a cotton mill in Man 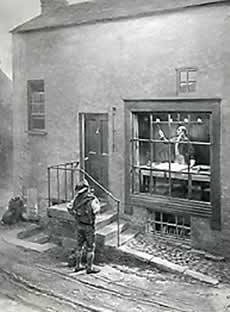 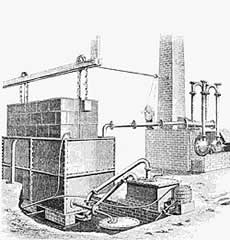 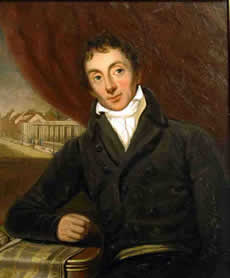 chester in 1806. A rival manufacturer was Samuel Clegg, who had been William Murdoch’s assistant. Between 1806 and 1814, these companies and others built gas works to light over 30 industrial premises in Britain, like this one at Ackermann’s Printing Works in London’s Strand (1812).

In 1804, a German entrepreneur, Frederick Winsor, began to give public demonstrations of gas lighting in London, in a bid to attract supporters for a rival strategy of making gas in centralised gas works and distributing it through pipes in the streets.

In 1807, he demonstrated the use of gas to light streets, in London’s Pall Mall and in 1812 he obtained a Royal Charter to build the world’s first public gas works, which opened in Westminster in 1813. Gas lighting proved so popular that, within 15 years, almost every large town in Britain, as well as major cities in Europe, North America and beyond, had a gas works. The Company which Winsor founded, the Gas Light and Coke Company, continued to supply most of London’s gas until the industry was nationalised in 1949.