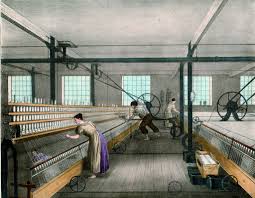 Early in the 19th century, gas was used almost exclusively for lighting. The first gas works were small private ones built to light the new mills and factories which were springing up in Britain at that time, and which worked long hours, if not all through the night.

Urban areas soon recognised the benefits of gas street lighting so, by 1826, almost every city and large town in Britain, as well as many in other countries, had a gas works, primarily for lighting the streets. In these towns, public buildings, shops and larger houses generally had gas lighting but it wasn’t until the last quarter of the 19th century that most working people could afford to light their homes with gas.

Throughout most of the 19th century, gas lights were simply naked flames of varying shapes, depending on the type of burner; these had names such as cockspur and fishtail. Whilst these were much brighter than candles or oil lamps, they were poor by modern standards. In 1885, the Austrian scientist Carl Auer invented the gas mantle, which consisted of a fine ceramic gauze impregnated with rare earth metals. When heated to a high temperature by an aerated gas burner (invented 30 years earlier by Robert Bunsen), this produced a much brighter light than a naked flame.

This development came at an ideal time to help gas resist the competition from the newly emerging electricity industry but electric lighting gradually replaced gas through the first half of the 20th century. Today, a just few small areas of cities such as London have retained gas street lights to preserve their historic character.